FIT provides a large-scale experimentation environment through the federation of the following testbeds that are competitive at the worldwide level and that you can easily access. 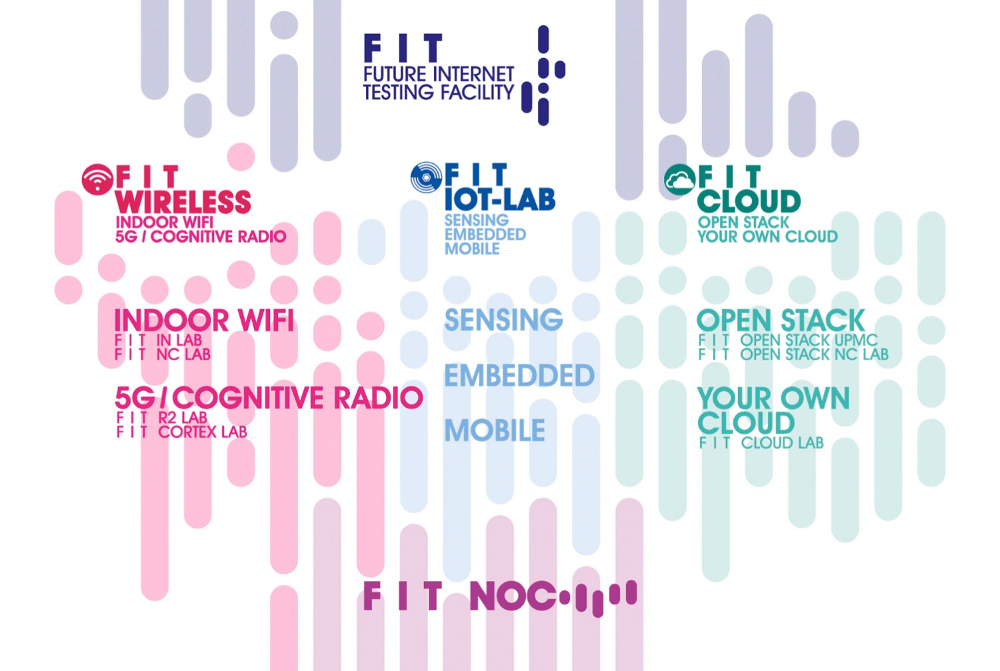 The scientific objective of FIT-Wireless is provided an experimental platform for developing future wireless communication systems (Indoor WiFi and 5G in synergy with FIT Cloud, and Cognitive Radio):


Concerning its implementation, the platform is spread over four sites:

A large-scale infrastructure for testing the Future Internet of Things

IoT-LAB provides a very large scale infrastructure suitable for testing small wireless sensor devices and heterogeneous communicating objects. It is the evolution and extension of the SENSLAB testbed (2010-2013).

The IoT-LAB hardware infrastructure consists of a set of IoT-LAB nodes. A global networking backbone provides power and connectivity to all IoT-LAB nodes and guarantees the out of band signaling network needed for power and command purposes and monitoring feedback.